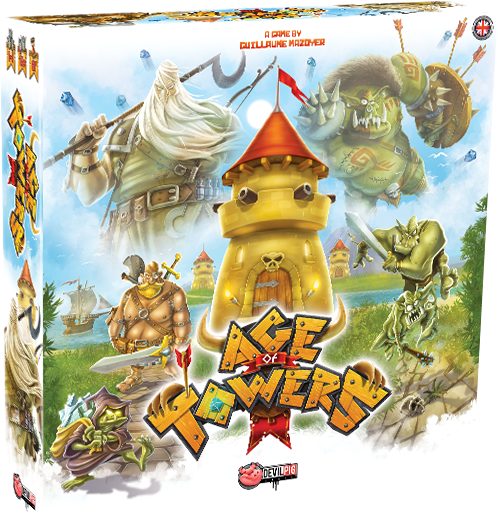 You’ve just found a mine filled with precious energy crystals! Precisely those you use for your daily magic. The problem is that you’ve also stumbled onto a horde of monsters, and to make things even worse, three other cities seem to have discovered the existence of the mine as well. As they rush into danger after the precious crystals, you have no choice but to join the fray! Age of Towers brings the exciting gameplay of your favorite tower-defense games to the tabletop. Play either solo or with up to four players to defend your cities against the oncoming wave of monsters by constructing defenses, placing traps, and funneling those beasts towards your opponents’ cities!