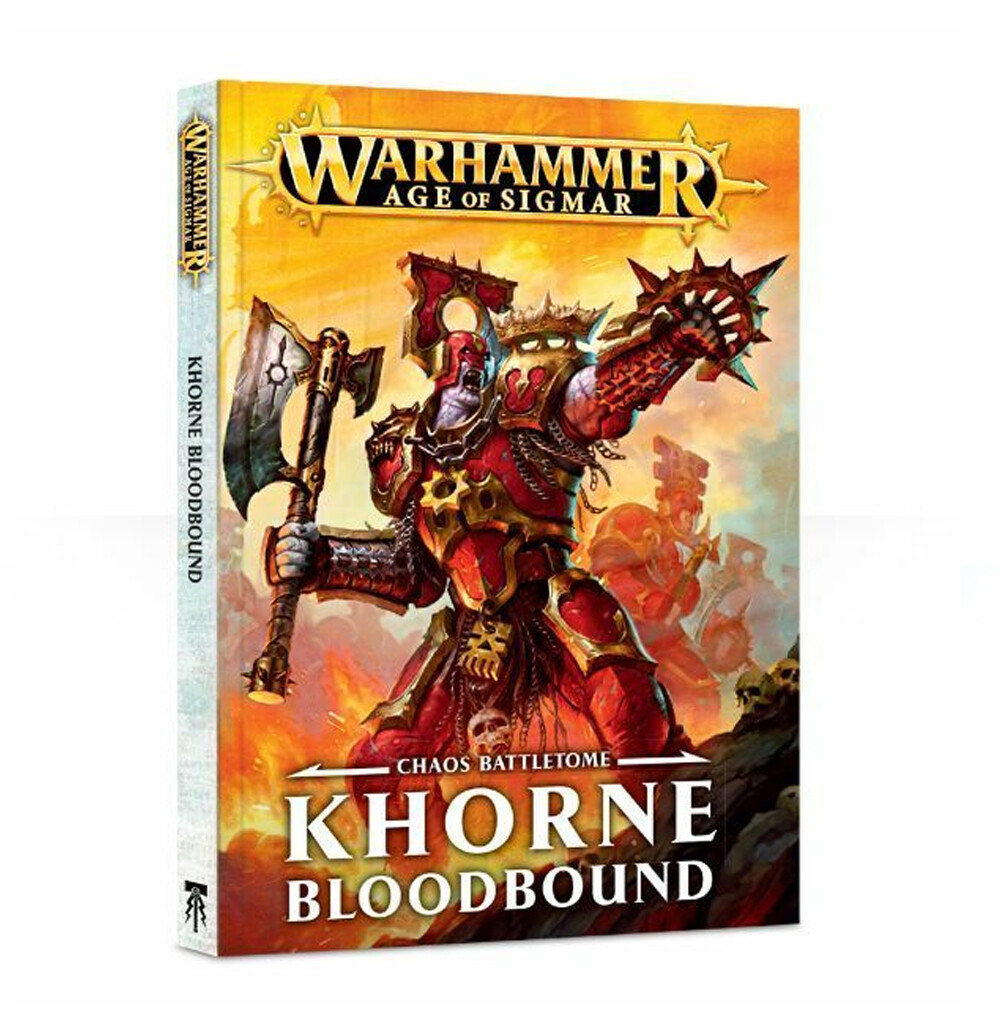 The murderous champions of the Chaos Gods fight furiously to extinguish the last lights of hope, and none fight harder or command more fear than the savage hordes of Khorne's Bloodbound. Daubed with the Blood God's rune, muscular beyond belief and foaming with rage, these warriors descend upon their enemies screaming and leave nothing alive. Since the Age of Chaos began, the Bloodbound have plagued every realm, rarely knowing defeat and unstoppably rolling over all in their path. This is a great-value box set that gives you an immediate collection of fantastic Khorne Bloodbound miniatures, which you can assemble and use right away in games of Warhammer Age of Sigmar! You'll receive a Slaughterpriest with Hack-blade and Wrath-hammer, ten Blood Warriors, three Mighty Skullcrushers and an exclusive Khorne Bloodbound Warscroll Battalion rules sheet, allowing you to collect, assemble and play with your new miniatures right away! Miniatures are supplied unpainted and assembly is required