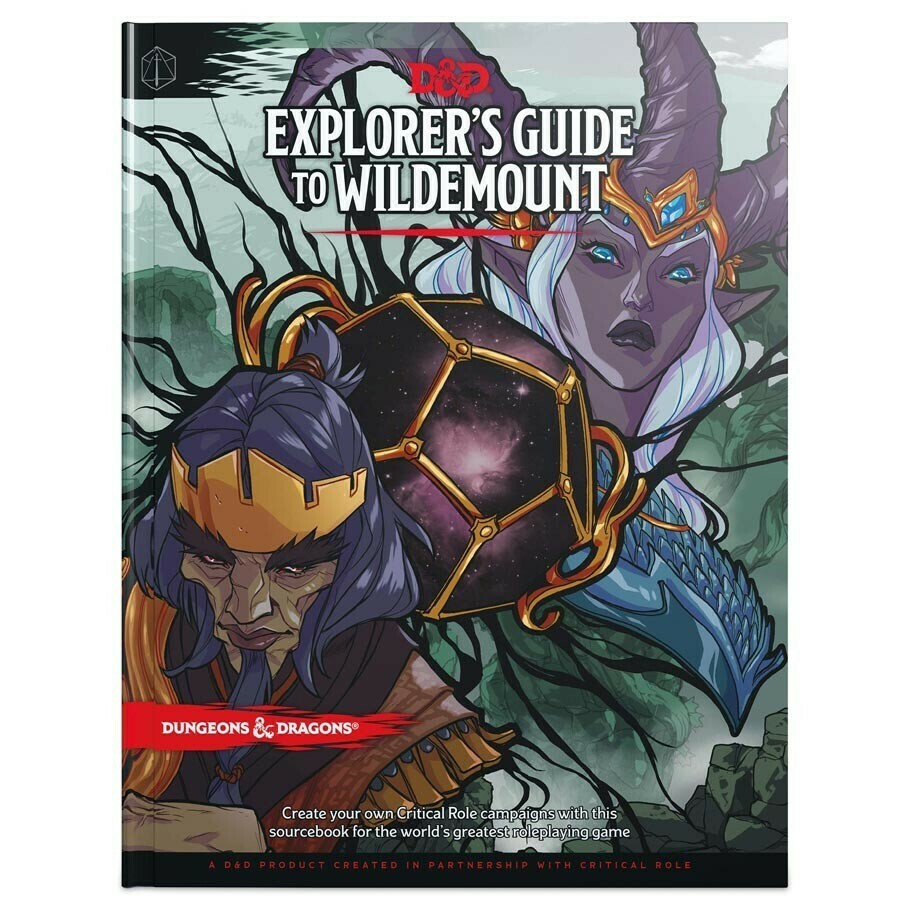 A war brews on a continent that has withstood more than its fair share of conflict. The Dwendalian Empire and the Kryn Dynasty are carving up the lands around them, and only the greatest heroes would dare stand between them. Somewhere in the far corners of this war-torn landscape are secrets that could end this conflict and usher in a new age of peace—or burn the world to a cinder.

Create a band of heroes and embark on a journey across the continent of Wildemount, the setting for Campaign 2 of the hit Dungeons & Dragons series Critical Role. Within this book, you’ll find new character options, a heroic chronicle to help you craft your character’s backstory, four different starting adventures, and everything a Dungeon Master needs to breathe life into a Wildemount-based D&D campaign.