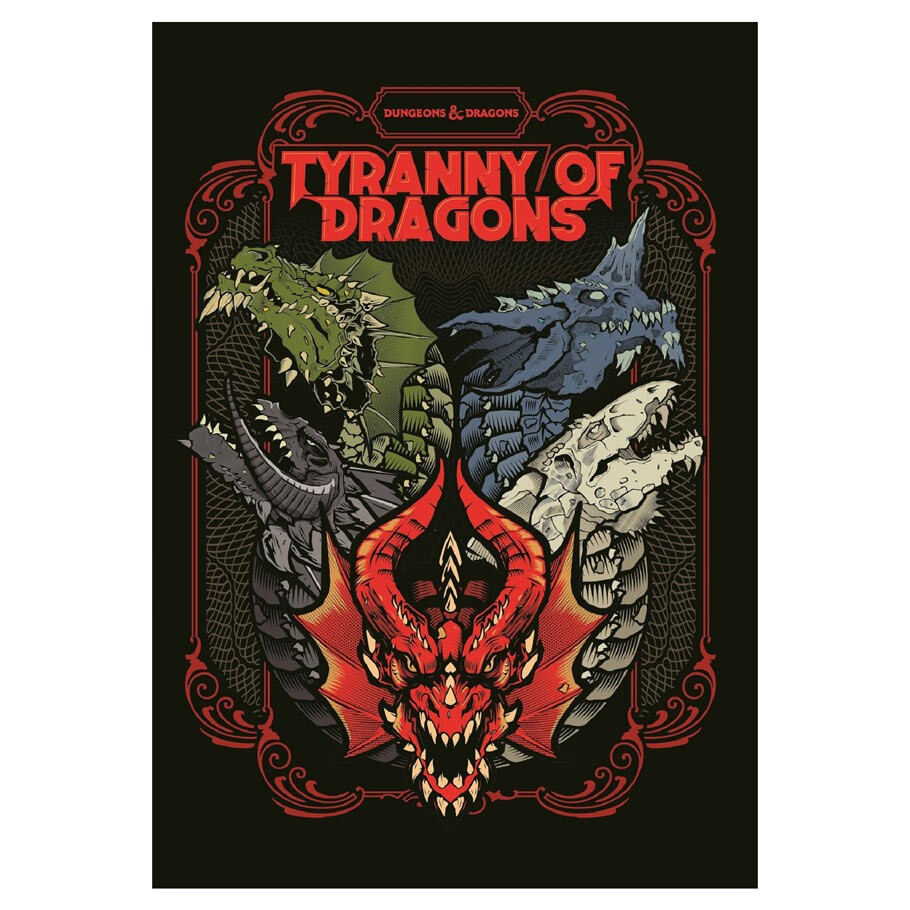 Available only through core hobby game stores, Tyranny of Dragons is a

Dragon Queen and The Rise of Tiamat) into one book, taking players from

Dragon’s plans to bring their queen Tiamat to the Forgotten Realms.

After listening to player feedback, the adventure has been updated to

smooth out the curve for new players, while also adding resources

previously available only online and a special gallery of