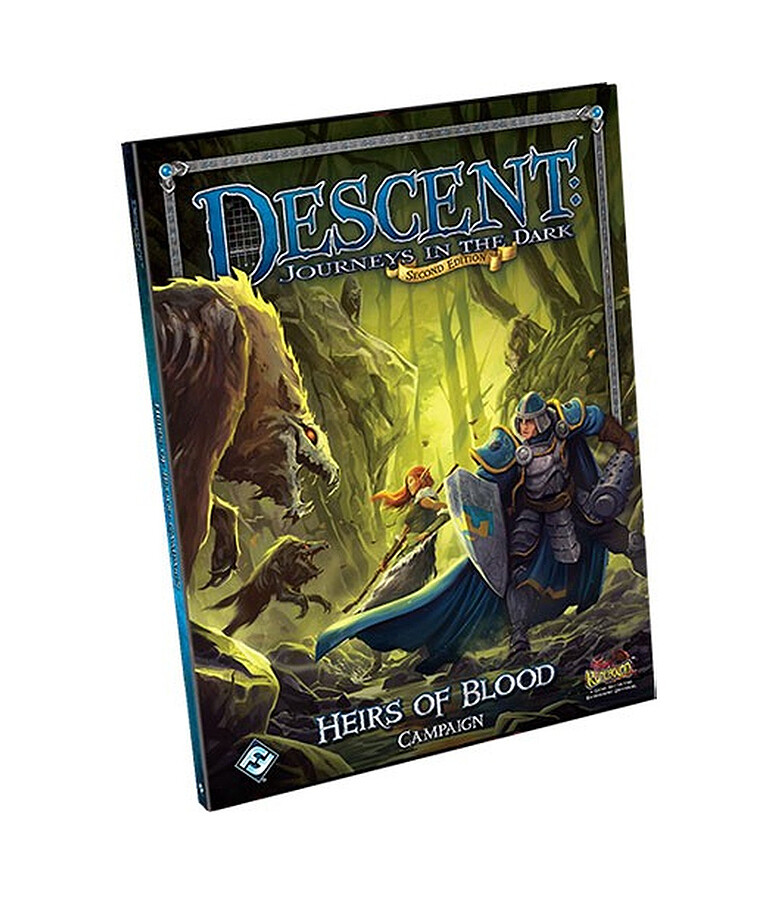 The lost heir to the kingdom of Saradyn has come forth, but only Terrinoth's bravest heroes can lead him through countless dangers to his rightful throne! Heirs of Blood is a campaign book for Descent: Journeys in the Dark Second Edition that permits the exploration of a sweeping, all-new adventure playable with the Descent Second Edition Core Set. You'll find no fewer than thirty-two new encounters, and every quest's outcome has drastic consequences. Defend the heir to Saradyn and destroy the forces of the overlord!.