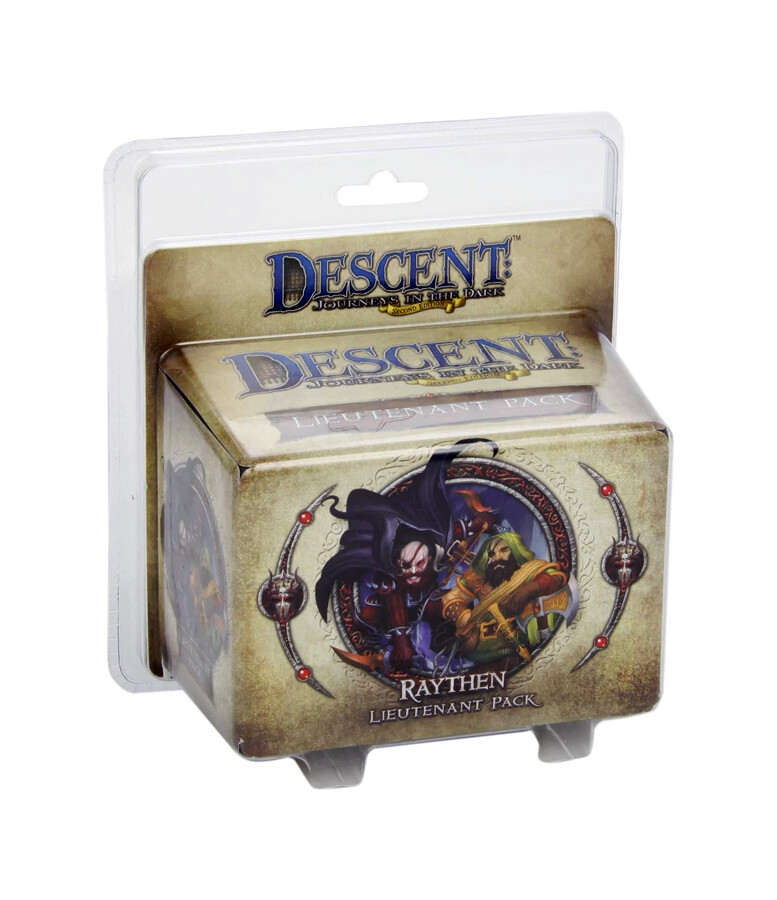 With this Lieutenant Pack for Descent: Journeys in the Dark Second Edition, you can replace the game's lieutenant and ally tokens and bring Raythen to life as an agent of the overlord, or as a hero! The Raythen Lieutenant Pack features two detailed plastic figures, representing both Raythen the hero and Raythen the lieutenant. The dwarf thief from Labyrinth of Ruin is now truly on equal footing with Terrinoth's champions, whether he fights for good or for evil. This Lieutenant Pack includes a ten-card Plot deck and rules that allow the overlord to pursue devious new strategies, as well as a Hero sheet, allowing Raythen to join the heroes of Terrinoth in a campaign!