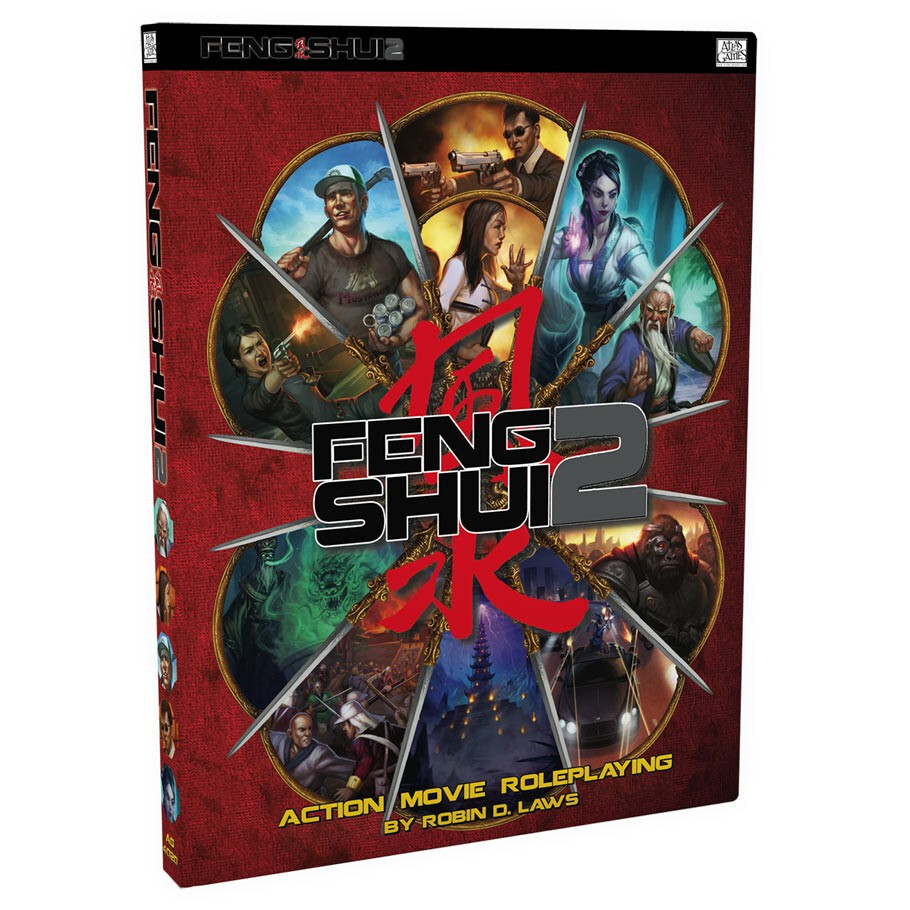 Eunuch sorcerers, slick conspirators, cyborg apes and control freak monks; armed with the secrets of Feng Shui, all aim to conquer the past, present, and future. Only you have the guts, guns, and flying feet to

Feng Shui is the classic Hong Kong martial arts action-movie roleplaying game. You play the heroes in a titanic struggle in which the fate of humankind depends on your exotic kung fu powers, your ancient magics, your pirated suptertech, or your plain old-fashioned trigger finger.

You might be a maverick cop, a cranky kung-fu fighting master, an everyman hero, a masked avenger, or a bioengineered monster out for revenge on your creators. Against you is arrayed a legion of fearsome foes. This battle rages throughout time and into the Netherworld between, pitting you against sinister eunuch magicians of the past, secretive power groups of the present, and the twisted scientists who control the future.

This Secret War is fought by those who know a simple, elemental truth of existence: certain sites harness and intensify chi (the life force). History belongs to those who are attuned to these sites, as they gain great fortune in matters both mundane and mystical. The scramble to possess the world's feng shui sites has now begun in earnest; only you and your fellow heroes can prevent these powerful sites from falling into the hands of maniacal tyrants!