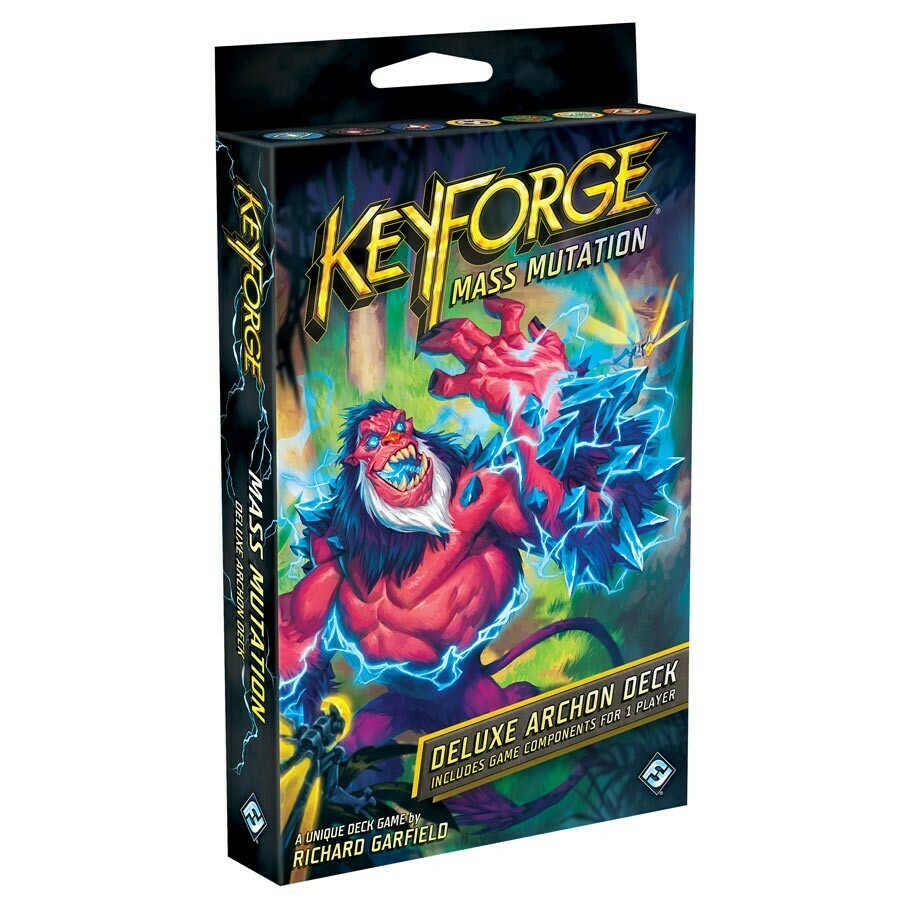 Change is coming to the Crucible with the Mass Mutation set for the world’s only Unique Deck Game, KeyForge. Over 200 brandnew cards now enter the cardpool in the game’s fourth set, and the mutative power of the dark æmber has changed many of them, creating strange and unknown versions of once-familiar creatures. Asgigantic creatures stretching across two cards lumber their way into battle, and House Sanctum makes its triumphant return, there has never been a more impactful time to leap into the fast-paced duels of KeyForge.

Each Mass Mutation Deluxe Deck contains a single, ready-to-play 36-card deck, bringing together three of the diverse Houses of the Crucible into a single deck—featuring its own mix of cards and unique from every other Archon Deck in existence. Additionally, each Deluxe Deck also contains all of the tokens that you need for a single player to start playing the game of KeyForge!