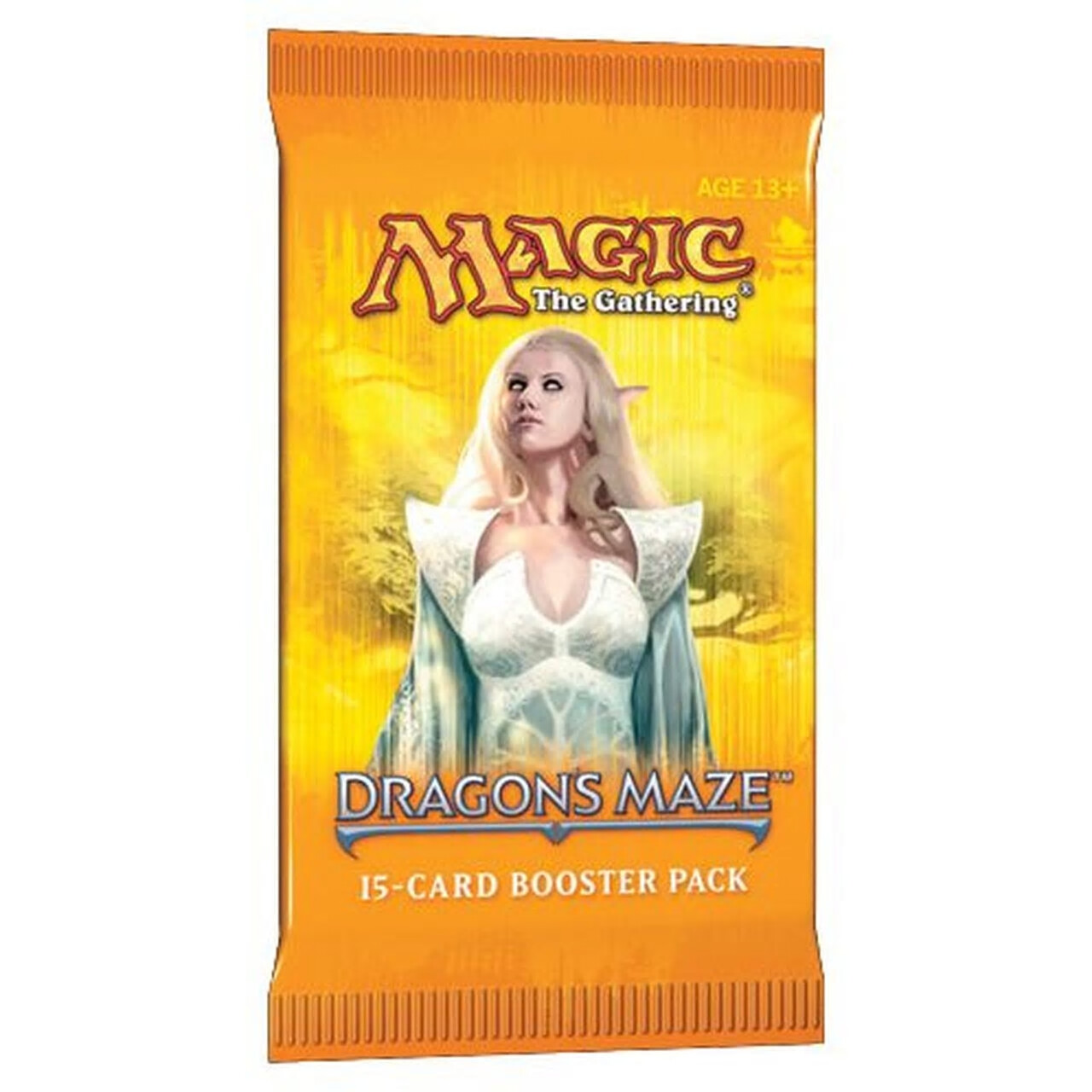 Each booster pack includes 15 cards to add to your collection—and you can expect one of those 15 to be a rare, mythic rare, or premium foil card!

Dragon's Maze features 156 black-bordered cards, including randomly inserted premium versions of all cards in the set.The Dragon's Maze set features a new twist on split cards. Split cards, which previously appeared in the original Ravnica block, feature two spells printed on the same card. Just like their predecessors, the Dragon's Maze split cards give you the option of casting one half or the other. But with the new fuse ability, you don't have to pick just one!Ten Guilds, One Destination!A massive puzzle spans the city-world of Ravnica, and all ten guilds race to be the first to crack the mystery. Rumors abound that whoever navigates the maze of clues could command world-shaking power. Will your guild take the prize?