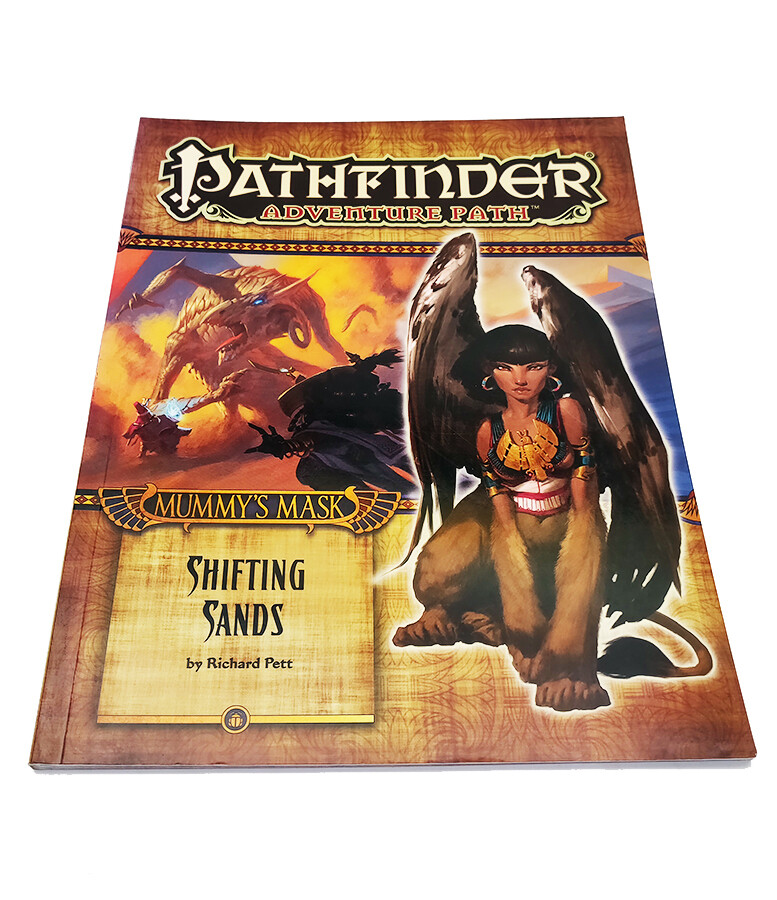 To learn more about the ancient Pharaoh Hakotep I and the secretive cult that wants to revive him, the heroes travel to the city of Tephu to explore its vast archives ? but they must first contend with those who want such knowledge to remain forgotten. With the clues they gain there, the heroes venture deep into Osirion?s uncharted deserts in search of the tomb of the architect who built Hakotep?s pyramid, facing dangerous denizens of the desert as well as the cult of the Forgotten Pharaoh, who will stop at nothing to ensure their god-king remains undisturbed. A Pathfinder Roleplaying Game adventure for 7th-level characters, Shifting Sands features several new monsters, a gazetteer of the city of Tephu, an article exploring the rituals of mummification, and the next installment of the Pathfinder?s Journal written by Amber E. Scott.