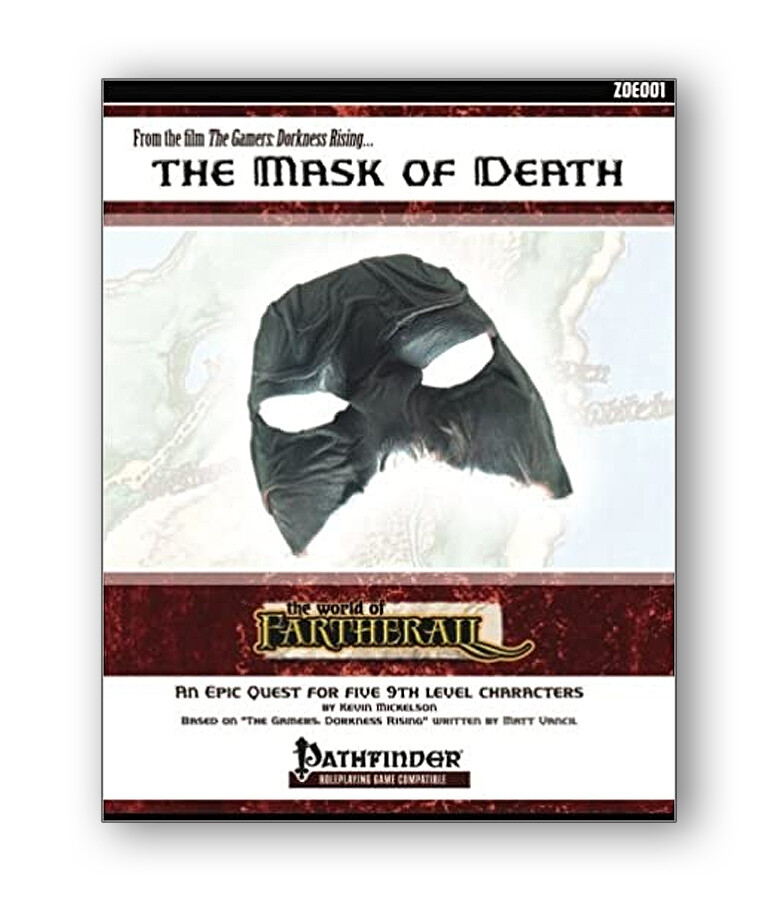 Pathfinder: The Mask Of Death

From the minds of Matt Vancil, creator of The Gamers and the hit web series JourneyQuest and newcomer Kevin Mickelson comes the long-anticipated return to Fartherall seen in the film The Gamers: Dorkness Rising. "The Mask of Death" takes players through the adventures featured in the film, along with new monsters, enemies, and an entirely new dungeons! Play as the party from the movie—Brother Silence, Daphne, Sir Osric, Luster (either one), and the virtually immortal bard, Flynn the Fine—or create an all-new team of heroes!