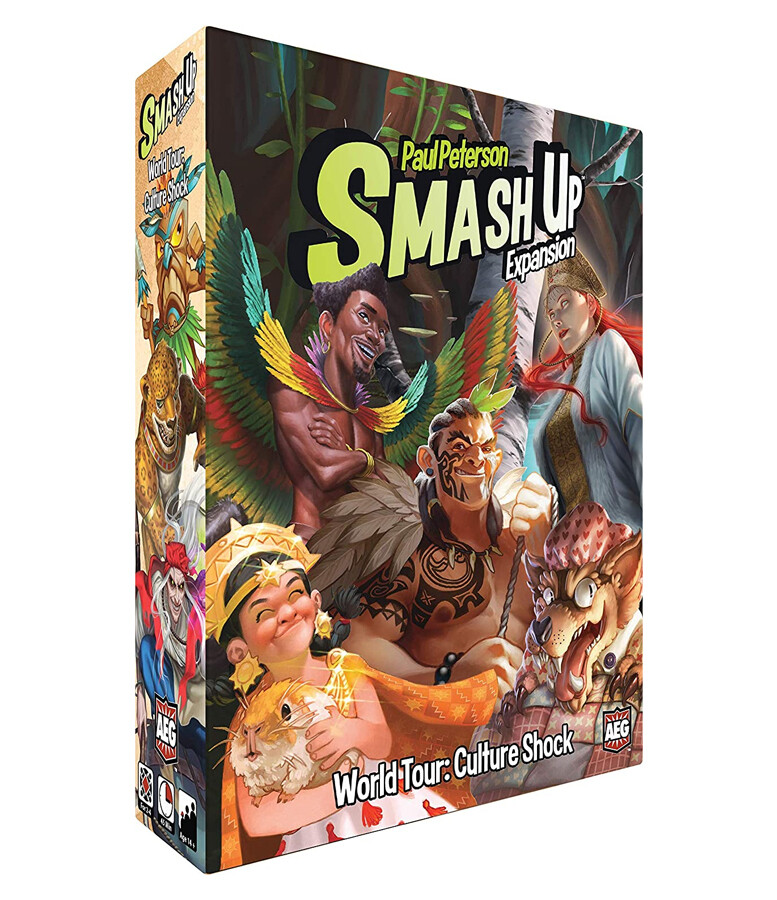 In order to see every continent on our world tour, we just had to include five factions! One entire free faction of fun for the price of four! Culture Shock takes us through the folk and fairy tales of: Russia, where minions are frequently transformed; West Africa, where sharing stories and cards is valued; and Germany, where uniting characters from the same tale gives multiple benefits. We also look at the incredible histories of: the Inca Empire, known for its roads and monumental architecture; and Polynesians, who spread out on as many islands as possible.

Did we get all the details of these rich cultures right? Heck no, we make silly card games. Don’t tell anyone on Twitter.

Culture Shock is fully compatible with all previous Smash Up expansions.