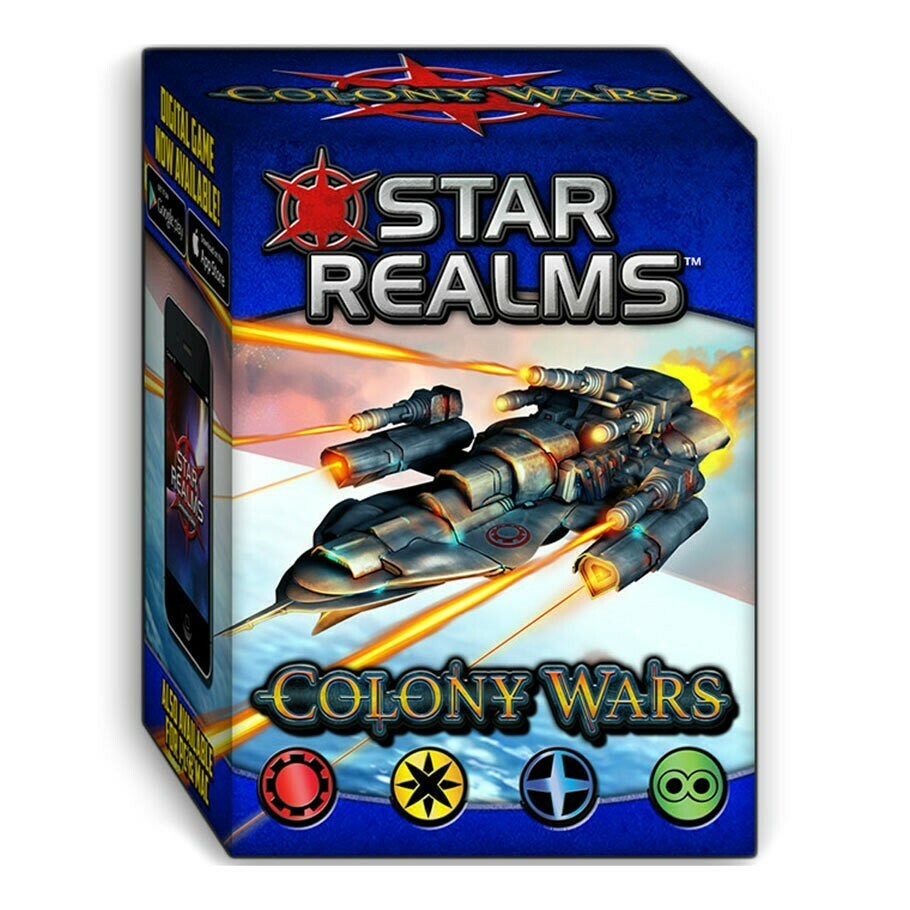 This is a new 128 card set for Star Realms with an all-new 80 card trade deck.

Colony Wars is a deckbuilding game in the Star Realms series which is both a standalone box set for two players and an expansion for the base Star Realms set that allows it to be played as a four-player game.
In Colony Wars, as in Star Realms, players will start with a fleet (deck) of 10 basic ships, and can spend Trade to acquire more powerful ships and bases from a central trade row of 5 cards. This row is continuously replenished by random draws from the trade deck. Many ships and bases deal Combat damage which you can use to attack your opponent and/or destroy their bases. When you reduce your opponent's Authority to zero, you win.