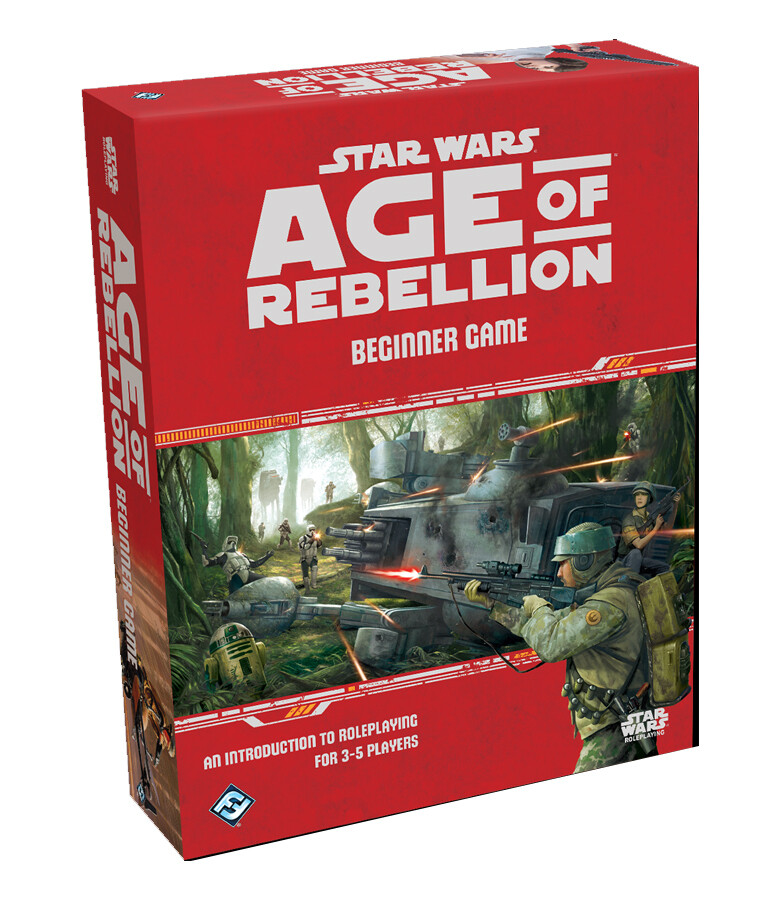 Gather your friends and get ready for adventure in the Star Wars galaxy with the Star Wars®: Age of Rebellion? Beginner Game. Whether you are brand-new to roleplaying or just new to Age of Rebellion, the Beginner Game is the perfect starting point for players of all skill levels. The Age of Rebellion Beginner Game is a complete, standalone game for three to five players. Open the box and begin playing immediately! Four pre-generated characters and a complete, learn-as-you-go adventure allow you to dive right into the conflicts between the daring members of the Rebel Alliance and the vast military might of the galactic Empire. Character folios keep the rules right at your fingertips, while custom dice and an exciting narrative gameplay system expand your story with every roll. Moreover, detailed rules allow you to continue your exploits throughout the galaxy far beyond the included adventure!