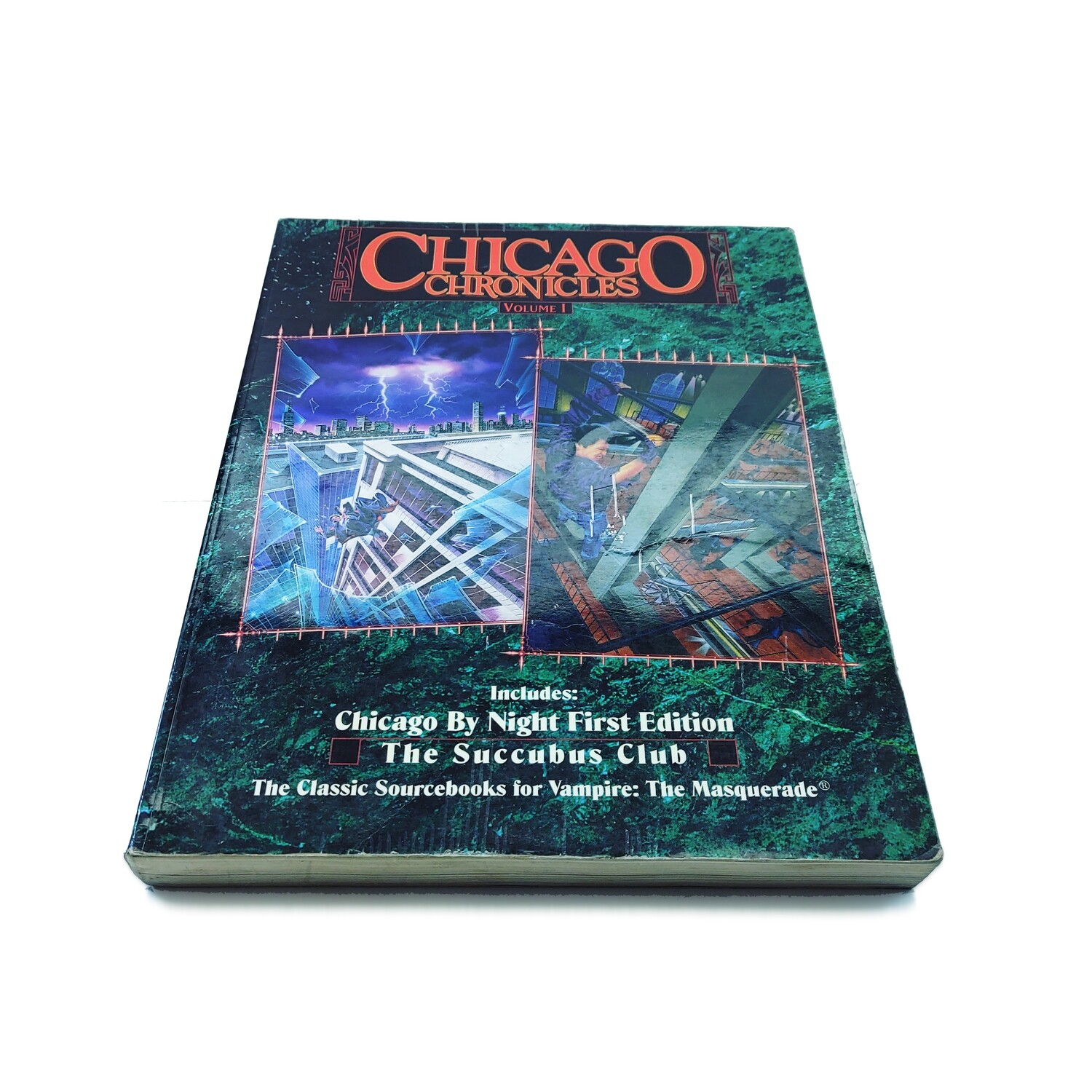 Chicago Chronicles Volume 1 is a compilation of material from two previously published Vampire the Masquerade sourcebooks, Chicago by Night and The Succubus Club.Both were released in 1991, the same year as the original Vampire: The Masquerade game.

The material from Chicago by Night describes the various evening hangouts the Kindred of Chicago like to visit. The material from The Succubus Club details an ultra-hip party that moves from place to place. Floor plans for the two-level club are provided, and notable personalities who frequent the club are described, including both staff and the Kindred who are likely to be found there. The book also includes seven scenarios set in and around the Club.