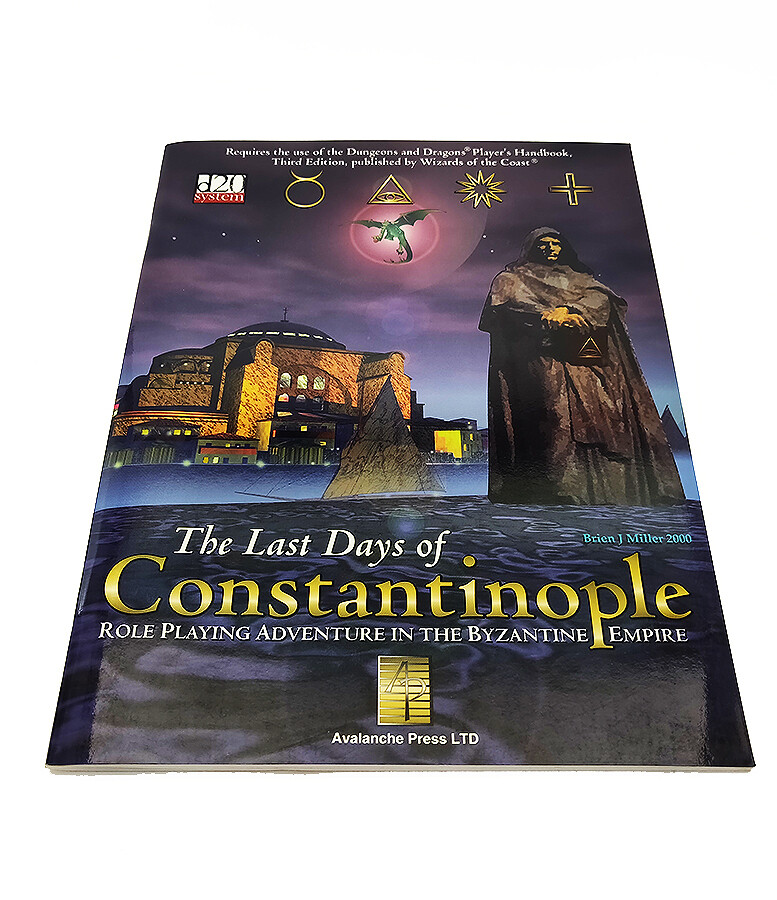 d20: The Last Days Of Constantinople

April 1453. For a thousand years, the Byzantine Empire has been cicilization's guardian, carrying on Rome's legacy. Now 100,000 battle-hardened Turkish warriors have surrounded the great city and are making ready to storm its mighty walls.
A D20 adventure for 1st through 3rd level characters, from the scripter of the best-selling computer games Panzer General 2 and Silent Hunter 2 (SSI). Find the young empress - if she ever exists. Stand alongside the last Roman emperor in a climatic fight to the death. Fight Vlad the Impaler, nastiest of the Sultan's allies. Meet the Eastern most exotic temptress. Wield new weapons: Greek Fire, arquebuses, and the Great Cannon. And as the Turks pour into the breaches, opportunities to hack abound. A stand-alone adventure, or use its detailed background as source material for your own campaigns!